Suncoast Phoenix Community Choir was formed in January 2013 with the amalgamation of Sechelt-based Suncoast Singers and Gibsons-based Coast Phoenix Singers. The choir was incorporated as a British Columbia non-profit society June 6, 2013. (See more about the history below.)

Please bring a mask and proof of two vaccinations to the first rehearsal. (Let us know if you need help getting a singer’s mask, which is most comfortable for singing. )

Rehearsals will be live-streamed for anyone who is ill, unvaccinated, away, or can’t make it to rehearsal. People may not feel ready to jump into in person rehearsals right away, and this is also an option- to start online and transition to in person. Rehearsals will be shorter, due to recommendations for now- begin at 6:45 and end at 8:15 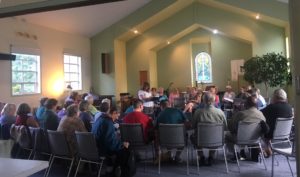 The fees are $100 for the first term (September to December) and $120 for the second term (January to June).

SPCC presents at least one concert each term in two locations – one in Sechelt and one in Gibsons, since our members come from both communities.

SPCC regularly participates in the annual Sunshine Coast Festival of the Performing Arts. In addition, SPCC presents sing-outs to residents of local nursing and care homes as part of its community outreach mandate. (See more information about upcoming performances on the Concerts & Events page.) 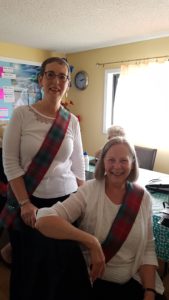 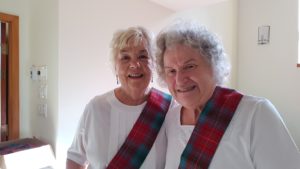 The Suncoast Singers started in September 2006. Two friends, Pat Lilly and Joy McLeod, dreamed together of a new community choir. Joy was a well experienced choral director recently arrived from Vancouver Island and became the first Director. She introduced an eclectic mix of folk songs, contemporary popular songs and her beloved classical works. She put the “community” into community choir, remembering birthdays, sending “Get Well” cards and making sure we knew and cared for each other. The Suncoast Singers started meeting at Faith Lutheran Church in Davis Bay, but soon moved to the Sechelt Art Centre, attracting singers from up and down the coast.

Coast Phoenix Singers began in 2007 in Gibsons when Bill Bourns moved to the Sunshine Coast from North Vancouver. Bill was an experienced choir director and organist with extensive experience in community and church choirs. The choir rehearsed in the activity room of the new seniors’ residence, Christenson Village and residents were invited to attend weekly rehearsals as the audience. Repertoire included both the classics, and more light-hearted contemporary music such as Gilbert and Sullivan. At the same time, Bill continued his affiliation with choral and stage production groups in the Fraser Valley. Their members were very supportive of Coast Phoenix Singers, participating in fund-raisers and lending music to the emerging new choir. Sadly, Bill passed away in 2012 and Michael Grice took over directing. Michael had recently retired to the Sunshine Coast after many years` experience with community, church and school ensembles.

Suncoast Phoenix Community Choir was formed in January 2013. A pivotal moment had occurred when Joy stepped down from directing Suncoast Singers and both choirs realized they had been meeting the same evening: one in Sechelt and one in Gibsons. The Coast Phoenix Singers and their director, Michael Grice, broached the idea of a joint choir which was welcomed with enthusiasm by the Suncoast Singers. And so, we became the Suncoast Phoenix Community Choir, meeting at a halfway point, Davis Bay. Michael continued to direct the new combined choir with his unique combination of precision and flare, until he moved away in 2014. Since then, we have had the very good fortune to have the talented and effervescent Sara Douglas direct our choir, and we look forward to an exciting future.